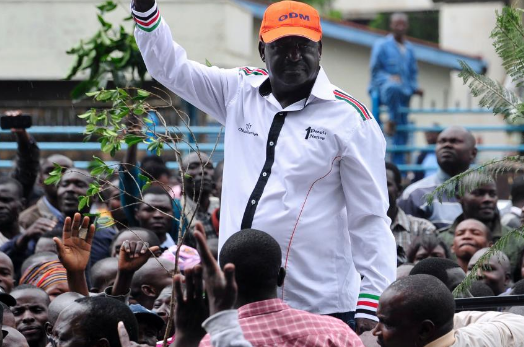 There were days that cartels feared. They trembled at the prospect of having a strong opposition leader against them. Those are the days that the former prime minister Raila Amolo Odinga took care of the vulnerable common mwananchi. He spared none when it came to fighting corruption, injustice and inequality. He dared presidents, he accused corrupt MPs and governors…We all stood behind him and supported his decisions. When the worst came, we were teargassed and beaten, but since he was with us, the pains became bearable. And so we loved him because we saw hope, we saw a corrupt-free Kenya, we saw equality…we saw a new Kenya!

In the case where some corruption deals remained highly secretive, it is only Raila Odinga who was able to dig deep and unearth them. He called those sins by name. Remember the first NYS saga that robbed Kenyans of billions of shillings, didn’t Raila point out the culprits? Didn’t he expose those enemies of Kenya? He unearthed corrupt deals and injustices that Kenyans could never have known.

Well, those days are gone…

It is after the famous handshake between Raila Odinga and president Uhuru Kenyatta that Kenyans have begun to see the importance of having an opposition party and a strong leader. Cartels are stealing openly, unafraid of the law since the work of fighting for the rights of Kenyans has been left to twitter enthusiasts and a few bloggers. The peaceful demonstrations that used  to make things work are now historic…No one is willing to come out and question rogue government leaders who head ministries that have been rocked in serious allegations.

The price of different commodities is going up almost daily, Kenyans are paying taxes to feed the hunger of corrupt leaders, more youths are leaving universities to a worst state of unemployment, even sugar that is supposed to be sweet has been declared dangerous and full of mercury and copper…much evil is upon this country.

Kenyans are crying for a better country but, no one is rising to save them from this political sabotage. Leaders are already laying strategies of winning different positions in the 2022 general election… and they need money for that. Is there a leader who is willing to battle corruption, injustice, unemployment, exploitation and other social evils…the job has been advertised in Kenya. TAKE IT!!!