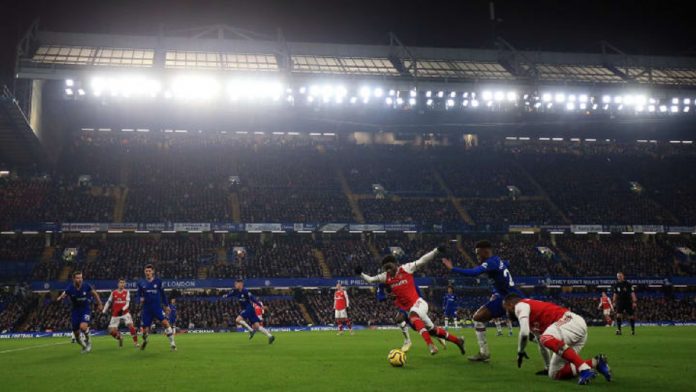 This year will see another FA trophy head to London, with a mouthwatering final face-off between the North and West London juggernauts getting showcased at the Great Wembley Stadium.

Arsenal will be locking horns with Chelsea, with both teams undisputably among the most experienced in this competition. In the last 20 editions, the two clubs have scooped 12 of the trophies between them.

The London Derby final will boast an abundance of big-name players, but this is MM’s combined pick of Saturday’s cup final.

The Gunner’s Emiliano Martinez is expecting to shine in between the sticks, with Bernd Leno out injured and Kepa out of form. The 27-year-old Argentine has been excellent behind the defenders since coming on for Leno. With the biggest game of his Arsenal career in the sights, he is our number one pick.

Cesar Azpilicueta, the Blues’ Captain, is the clear choice on this extravaganza. The Spaniard has maintained consistency, racking up the second-most appearances, under his manager Frank Lampard, behind Mason Mount this season. Azpilicueta will, therefore, be eyeing to lift the FA Cup as club captain this year.

Kieran Tierney’s recent performances prove exactly why he gets a nod into our combined XI. The Scottish scored his first goal on the final day of the EPL Season, helping secure a 3-2 win over a battling Watford. After an injury-laden stint, Tierney has been pushed to the sidelines most of the campaign. Therefore, it would be a perfect wrap for him if he went ahead and lifted the coveted FA winner’s medal in his maiden season.

Take us back six weeks ago, David Luiz would be an unimaginable choice for our combined XI. But for his topsy-turvy performances, the Brazilian has shown glimpses of what he can do on a good day, with a solid performance against Manchester City being a notable example. Luiz is still a pivotal choice if Mikel Arteta opts for a back three again.

Things have not been best for the Chelsea defender this season as he has battled with injuries. The Blues missed the services of Antonio Rudiger as they shipped in several avoidable goals during his woeful injury stint. The German’s return, in partnership with Kurt Zouma, proved fruitful during the FA Cup semifinal against Manchester United. This weekend, he has a shot at redemption as the duo will hopefully prove to be a worm in the head against Arsenal’s forward line.

Kovacic, a contender for the west London outfit’s player of the season, has been topnotch and consistent this season. With his outstanding performances, we expect the Croat to be at the heart of midfield, giving his all at Wembley if they are to secure a win.

Granit Xhaka will always be one of Arsenal’s best midfielders, as he has been more pivotal than ever in the Gunners midfield this season. Despite being underrated by many, the 27-year-old talented Swiss is one to watch this weekend as he looks forward to giving his doubters something to think about during the final.

Holding the most appearances this season within the Chelsea ranks, Mount has been a revelation on his maiden campaign in the Blue jersey. The English born has amassed eight goals and six assists in 51 matches. The youthful playmaker’s quality and versatility offers more expectations for Chelsea, with goals against Wolves and Manchester United recently.

Christian Pulisic has been convincing in front of goal, with a 20-goal contribution for the Blues in his debut season. Since the restart alone, the American has been unstoppable. Pulisic’s eight-goal contribution coming in his last nine EPL apps has made him a regular name on the first-team sheet.

Olivier Giroud is a popular choice for leading the line at Wembley. Having spent eight years of his playing career in London, he already plied his trade for both Arsenal and Chelsea. The Frenchman is almost certainly going to lead the pack ahead, of the younger option Tammy Abraham, due to his experience. Giroud has been red-hot since the return of EPL, racking up seven goals in his ten appearances. He already boasts three FA trophies with Arsenal.

Completing our Attacking tripartite is Pierre-Emerick Aubameyang, who should surely be the undisputed favorite for Arsenal’s player of the season award with all the writings on the wall. The Gabonese frontman’s 27 goals in 43 appearances have proved crucial to Arsenal’s in front of goal ambitions.

Always prolific, Aubameyang has what it takes to leave the precarious Chelsea defense a bone to chew on after the match. The attacker’s brace was key in Arsenal’s journey to the final in a Man Of The Match display against a Sorry-state Cityzen defense. He is truly the captain that The Gunner’s will be relying on his leadership towards changing the proverbial water into wine at Wembley. 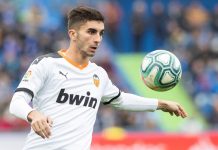 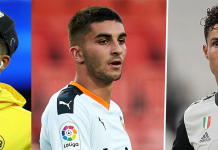 Transfer Gossip: What’s on the Mills?