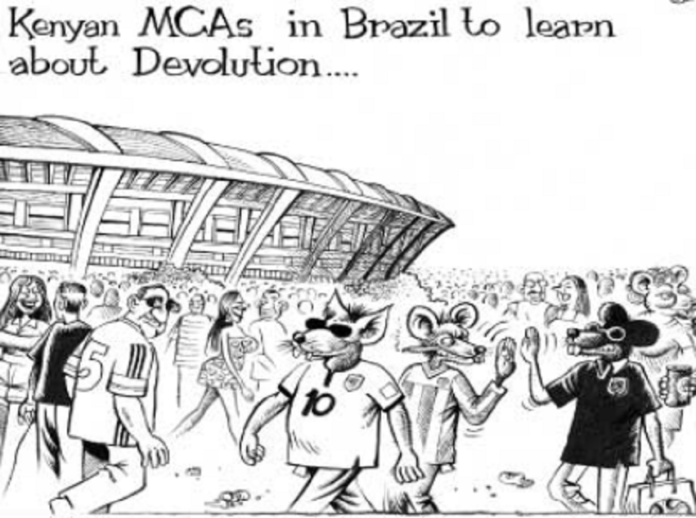 Governors and other top government officials have been full of praise of Kenya’s devolution but, no one has dared ask the common mwananchi of his/ her take. They all know the answers they would get! The concept of devolution was a great idea, however it has been hijacked by some corrupt individuals who have continued to derail its developmental agendas.

The opposing entities that agitated for constitutional reforms in 2010 went silent immediately it was voted in…In recent times, when another group cried and demonstrated for reforms, the government silenced it by just a handshake. Meanwhile, an ordinarily Kenyan remains a victim of the aftermath of the supremacy battles of the halves. This class of the rich will only come to mobilize people for their personal gain. No one is interested in the affairs of the poor. 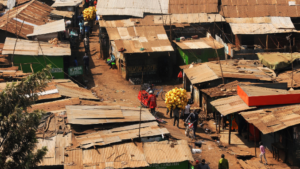 As the low class struggle in poverty, legislatures are busy passing bills into law that will enable them earn huge allowances. Bills that contradict their agendas remain in parliament for months…they eat, drink and dine in riches while other Kenyans are crying of poor roads,schools,county services etc. Our markets in villages are like sewerage sites, but still the men in long yellow gowns written “Kisii County, Narok County, and Homabay County”…use their gumboots to walk through the mud and stand by the roadside to collect taxes on a daily basis. What is the essence of these tax? Don’t they even take reports back to governors that their working areas are unfit and need cleaning? They won’t because most of them are relatives of MCAs, Governors etc., they fear losing jobs.

I had a chat with a renowned lecturer at Moi University and he actually put some sense into the same topic. He kept asking me, “Why do we have women representatives in counties? If they represent women, why do men vote for them? Why do we still have the provincial administration when the devolved government is clear? Why do cabinet secretaries want to have assistants? Why are MPs and MCAs paid in gold and silver including huge allowances while the people they represent are seething in acute poverty?”How can an MCA earn more than a qualified doctor working day and night?Is there any academic justice in our system of governance? These questions need immediate answers if Kenya is to survive in devolution.

Kenyans struggle to pay the salaries of the huge number of public servants in counties and the national government.

Let us have true leaders, those that have the heart to help poor Kenyans. Let us fight corruption in counties, let us fight the governors that have elected 50% of their relatives to county jobs. For devolution to be successive, we must refuse impunity and the mismanagement of public funds. We must start now!