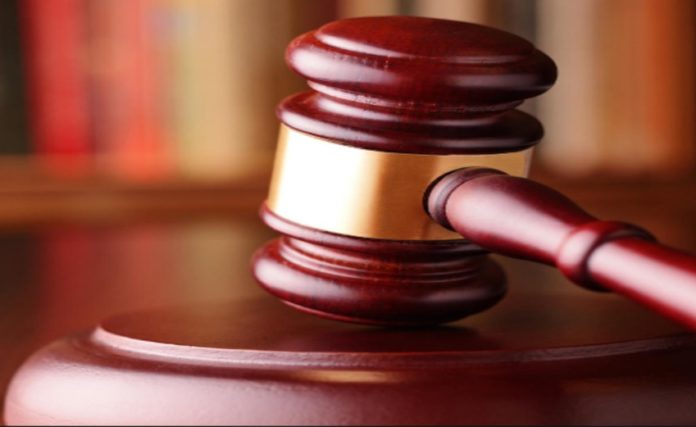 The atmosphere in the ugly, dirty and exhausted police land rover became unbearable as soon as the driver turned the ignition on. Four of us managed to press our buttocks on the cold leather seats as others sat awkwardly on the floor of the vehicle. I was particularly disgusted by the vomit that had squarely landed on my thighs from the sickly man who sat beside me. I could clearly tell that his last meal was a mixture of beans and maize. They came out “untouched” by the stomach’s acids. I wonder how he had managed to swallow them without chewing. Surprising, this ordeal took away my mind albeit for a moment from my 30 year old jail sentence.

There are some who have suggested through their testimonials that they have exchanged greetings with the devil while deep down in an unknown sea. I do not know about their tales but, I know of another place the devil calls home-prison. Those who have served jail sentences, can assure you that prison is an Amphitheater where one faces lions in a match meant to entertain fallen angels and their leader, that old serpent called Satan. Actually, he starts dealing with you from the time you stand at a close range with a fellow human being who has the power to decide whether you live or die…they are called judges in our world. 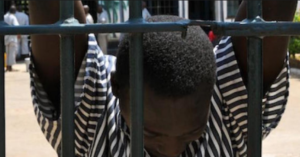 The words of the judge became a well composed tune orchestrated by the devil himself from hell. As she read my verdict, all seemed to be so untrue. I remember turning to look at my family. My wife Jacinta was seated closely with a man I don’t recognize. He seemed to console her by holding her shoulder tightly. I saw him give her occasional kisses on her forehead. I wonder why she was smiling. I will come back for these two traitors! My mother was the most affected. But, my father just sat there quietly as if he never knew what was going on. “The court finds Sospeter Matundura famously known as Rubber stamp of the offence of committing a series of robberies between March and October this year, I hereby insist that he sees the walls of prison for 30 years!” These judges pass verdicts without considering that people have plans for the future. I wondered what would happen to my 70 million shillings that I hid under the cowshed beside my Simba.

As I was being shoved into the police vehicle, my wife walked close to me and said loudly that she was breaking up with me; couldn’t she even consider using the word “divorce”! These drama artists act the part of being a wife or a girlfriend so well that you believe that none is loved better than you. This is the first time I felt so desperate. I wanted to change my life in that instant. I was only too late. The vehicle came to a screeching halt just in front of a gated compound. “Nyonga Maximum Prison” was artistically crafted on the entrance of that compound. Well trained acrobatic prison guards jumped right in front of us from nowhere with guns cocked ready to kill as their German shepherd dogs threatened to break loose and tear us. They were so determined as if they wanted to revenge on behalf of all we had wronged; if any…. We had never met these dogs in life yet they hated us so much.

I looked up and noticed that the azure of the sky seemed to be more beautiful than ever. As my eyes rolled down, I met eye to eye with a school girl being escorted home with her mother. The girl waved at me as if to say “hello” or “goodbye”. I was confused. Either way, my chains were too heavy to wave back. I was slapped heavily on my face by a rogue, inhuman and gigantic woman in a green police uniform “Kijana unatongoza mtoto wa shule! Ingia ndani utengenezwe” If translated in English, these words could be “young man, I will personally finish you. Come in and die!”

And so, we were thrown in as guards closed the main gate.