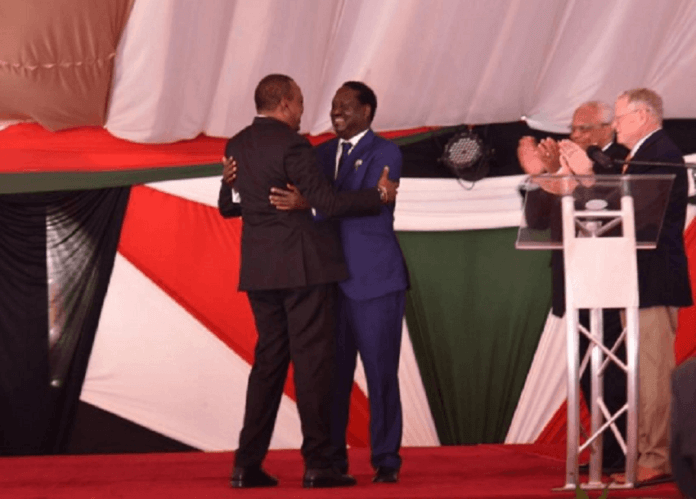 The National Prayer day was just a show organized to entertain Kenyan political leaders as the rest of the country mourns poverty, corruption, injustice, and unemployment. Peace is important and we welcome it, but to organize an eating and drinking spree in an expensive hotel and call the already rich political giants to celebrate,  is just a mockery to all the taxpaying Kenyans. When there is no peace in the country, these men and women hide in well-secured bungalows and watch through their gigantic television sets the horrific scenes the common mwananchi goes through. Their sons and daughters have quickly flown abroad for safety. When the country enjoys moments of peace, they celebrate in high-end hotels!

What surprises me most is the fact that the leaders of this country are able to assemble in hotels and enjoy meals, shake hands or hug each other and laugh the loudest, when the ordinary man/woman is crying of the billions of shillings that have been lost through several scandals that have been realized in recent times. When these leaders heard of the scandals, did they quickly assemble to discuss mechanisms of recovering the money?

I knew it! We have no one to fight for the rights of the hungry, the desolate and the burdened Kenyans. When I saw those who once fought against injustice shake and hug the same leaders they were against a few months ago, I realized that we had been left to succumb to our social and economic problems. I pity my fellow hard-working countrymen who pay taxes day and night just to profit a few individuals! I cry for my country.

You can watch this video for more watch now