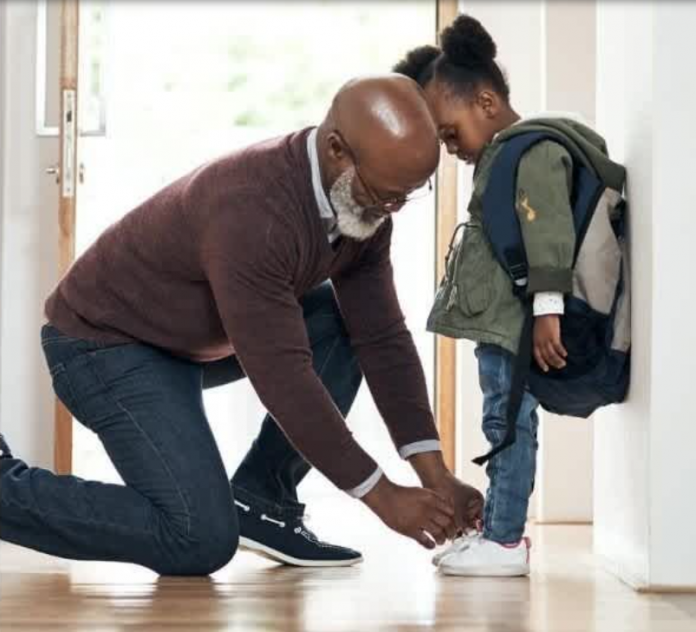 I was arranging clothes in our bedroom when a long receipt fell from the pockets of my husband’s pair of jeans. I immediately noticed “gold earrings”. Now folks, my husband knew well that I don’t put on earrings, how could he decide to buy them for me? Or they were meant for her cousin?

As any clever woman would do, I folded the receipt in my palm, squeezed it until it became so minute before throwing it in the dustbin. Call me stupid if you want, I couldn’t do such a damn thing…!

I stopped what I was doing and sat on the bed. I first checked the date. It was Thursday, 5th June 2020 (6 days had passed). On this day Gilbert, my husband, had come home at almost 11:45pm. He was so annoyed that his boss had insisted on having him in the office till late to finish-up on a serious cyber threat they had [he is in IT). He even repeatedly said, “Janet, I am going to resign”!
I remember consoling him for minutes without end.

He had also bought some ladies’ body oils and lotions; including a weave! The payment was done through Mpesa and so his number stuck right there! Why had he carried the receipt home? Was it purely out of stupidity or had suddenly become insane!!!

I had known my husband for way too long to doubt him. So, nothing serious passed through my mind….by serious I mean “unfaithfulness”, “cheating” or “mpango wa kando” as experts say. And you could understand why….

Gilbert was one of the poorest people I knew at the time we met; we attended the same church. His parents worked as hard as they could to provide for Gilbert and 7 other children. I still wonder why the two industrious parents had turned all their energies into making children when they didn’t have enough resources to take care of them. They were the talk of the community.

Years later, it is Gilbert, the third born who had narrowly escaped the poverty chain. His two elder brothers had insisted on marrying while at almost 19 to 20 years of age. They also immediately started having children and over working in various plantations to secure a meal for their families. Gilbert was different. He waited a little longer.

He got a job as a clerk in one of the local schools before joining another local company and another….He was going high pretty first. I met him before he even got the clerk job.

We fell in love even though we were from different worlds…I will need fresh lectures on this thing famously referred to as “love”. When I come to you for answers, please explain to me if it is found in my brain or my heart…Is it a notion? A thought? Where do these strange feelings come from? You are the expert; you will tell me.

When I said that we were worlds apart, this is what I meant…

My parents are doctors. My mum is still a surgeon at Nairobi Hospital. My father retired and started his own clinic. With these two degrees in the homestead, money couldn’t “resist coming” ….and surely it came.

Through their joint efforts, my parents built beautiful houses in the homestead and invested in other businesses, mostly onion and tomato farming….which raked in millions yearly. All my siblings were in the UK studying. I, being the last born, I remained at home with them. Such a decision came with a few benefits, like having a car at 18 years of old, a Chihuahua, little investments of my own and the freedom to choose my own path in life.
I chose to pursue Education in the University of Nairobi.

Uniquely, I “met” Gilbert or rather we discovered each other when he brought his sick grandmother to my father’s clinic. We clicked immediately. However, a close look at him made me know to some extent that poverty must have raided him severely.

How else do you describe one who visited a town albeit small in bathroom slippers? To make matters worse, the pair of slippers had been mended not less than 3 times each. His clothes were clean but very old.
I told my dad not to charge them under the pretense that I knew the old woman from church (dad didn’t attend church that frequently). Otherwise, it would have taken them hours to take their goats to the market, sell them and bring the money to my dad’s clinic.

Well, when I introduced Gilbert to my parents as my boyfriend several months later, they almost laughed. They thought that I was playing a prank on them and that I had picked a street person for that game….but when I got serious, they became concerned.

They interrogated him for about 20 minutes or so. After those minutes, they concluded that he was after money…or so I thought. Nonetheless, there was nothing they could do about it…. plus, they had given me so much freedom to choose what I wanted in life. In this case, I had chosen a broke guy whose future was as black as charcoal. Before he started thinking of owning even a wheel barrow, I had a Toyota Premio.

Because of what I thought was love, I stooped low and carried him on my back. He got his first job as a clerk because I had to convince my father to talk to a friend…. even though I didn’t tell him until much later in life. The loans we were able to access and build or invest with were because of the huge advantage I had, coming from a richer family and knowing the right people. I never complained. I am not complaining.

So when I saw the receipt, I wouldn’t believe that such a man, a man I had stood with through thick and thin would cheat on me….firstly, for the fact that I was his wife to whom he had vowed to be faithful to and secondly, because I had honestly fought so hard for our family.

When he came home that evening, I confronted him….I saw the hesitation in his voice. His answers were vague. His explanations were alien and not making sense. I didn’t need a psychiatrist to look into his mind and tap everything for me.

Later on, when the arguments became many, he confessed. I already knew that I had lost a husband.

My husband suddenly became dirty. I wouldn’t even hug him. We had to sleep in separate beds because I couldn’t stand a cheat, a liar and an adulterer in my bed. It was weighing on me so much. I was becoming depressed just by seeing him. It is as if something had died in me…. the love I once had for him was replaced by bitterness and anger. I didn’t want to see him.

Knowing the effects of such experiences, I started seeing a psychiatrist. I also joined some women self-help groups. It is after one of those sessions that I decided to go back to my maternal home. I took my share of our investments and liquidated some of our assets. It took me a whole month but, I managed to satisfactory share everything with him. Then, I packed and left with our two children, one Sunday morning.

I got home and fell on my dad’s shoulders in tears. I might have stayed there for several minutes sobbing. My dad never said anything…. after I was done and had moved to my mum to explain to her why I was home with huge brief cases, my dad took a sharp machete and catapulted to Gilbert’ home. I know him, had he found him, he could be in jail for murder.

It took several other months for me to come back to my normal life. Within that period, Gilbert never visited nor did he call to check on even the children.

Last week, he came home with some of his uncles to “talk”. I looked at his shoes and clothes keenly. I had lived with him long enough to know him well; one thing was sure, he had become broke! I had heard rumors that he had lost his job and was sure that he had mismanaged most of his share of savings.

We listened to him and his uncles…but you already know my answer, right?