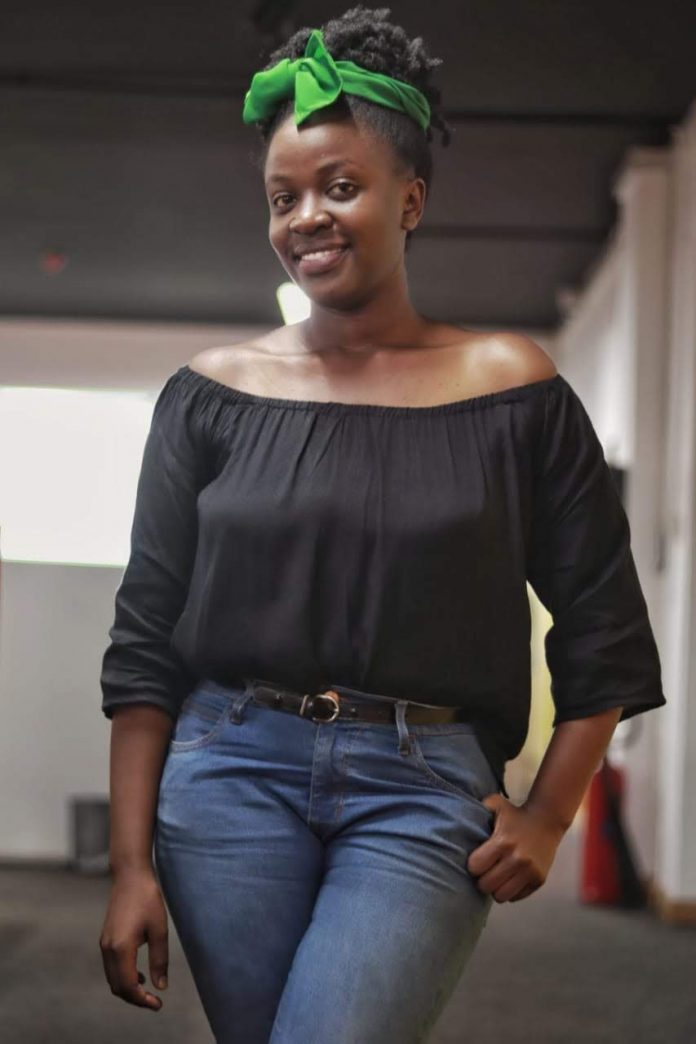 I still think that it is on that day that I developed my blood pressure. It is as if a heavy thing had been dropped on my heart such that I couldn’t breathe well. Devilish hotness also attacked me suddenly. I felt extremely uncomfortable. Several scenarios crisscrossed my mind. Chief among them was death…A whisper “told” me, James, you are dead! Finished! Jemo, sawa basi…it is the end of you.

I went back to the text several times trying to confirm whether I had really read it right. Honestly, the sender still remained Maureen and the message was still the same. I noticed that she hadn’t added any full-stop. Didn’t she know that sentences end with full-stops or she wasn’t done. Perhaps she was going to send another text saying that it was a joke! Ha! The joke was on me!

By the time I thought of replying, rivers of sweat were flowing through me…even mucus had found it easy to come down. Trust me, I never had any homa! (cold if you like.)

I replied, ” Maureen, what are you saying” [I also never added a full-stop or a question mark; I never had time for that nonsense]

I went back to her after 2 minutes. “Maureen, stop it”

I went back again, “Maureen, you are joking, right”

I called her after about 8 minutes but, she didn’t pick. In about 20 minutes, I had called about 13 times. I was desperate. I could have paid her a million shillings for her to just reply saying, “I was joking”!

You might be wondering why a Christian, or rather a church-goerer (FYI- every Sunday) …was desperately bothering a lady called Maureen on issues relating to HIV? The first answer that should come into your mind would be that maybe we shared a razor blade or that we had blood transfusion, am I not correct? There is a weird generation of people who were fast to think that we might have had a sexual relationship. Well, they are correct.

I had met Maureen at the Junction Mall-Ngong road a month earlier. I had gone for an informal coffee meeting with two of my friends. Maureen was having some juice close to where we sat with no signs of being joined by anyone else. As you could guess, the boys noticed her but, they “excused” themselves because they had girlfriends…and so they said! I had no girlfriend and so the ball was in my coat; as they say.

After being pushed severally by my friends, [she noticed too], I stood up, shaking in the inside and joined her. I said hi and just sat there almost absentminded-at first of course. What else could I have done? Do you know of a better strategy? Had the waiter not intervened by asking if I wanted to order anything else, it would have been a disaster!

Well, that’s how we started our friendship. After two months of exchanging several messages and calls, eating in Javas and walking aimlessly, we became too close. Before we realized it, she was waking up from my bed. On the third occasion of having her over, we argued and she left in bad moods. We kept arguing on WhatsApp that Sunday until at around 4pm when she decided to tell me her HIV status.

Back to the text….

I tried to brush the message off with the thought that she was trying to break-up with me…I almost convinced myself until an evil voice inside me said again, repeatedly, “Oooh James, you are dying”!  I thought I knew myself! How could I be against me! Who was inside me trying to depress me! I was getting insane; that I was sure about.

You could understand why it mattered so much that I don’t die of HIV/AIDS. There were concrete reasons. First, from the stories I had heard, from sources I couldn’t point to, people living with HIV could manage to survive for 20 years. I added my age to 20 years and fell at 46 years old. I am sure you know how old I was then!

Top of my worries was the way my family could sink into depression and despair. Having narrowly managed to go to University, all the hopes of the entire family were on me. They believed that if anyone would raise the family from acute poverty,then I was going to be the one. My several cousins and siblings had already married and the several children they had “carelessly” given birth to ensured that no single shilling remained idle in their pockets. Their major goal in life was to find food for their families… sometimes they failed because they had to choose between local brew and food. You know what they went for!

The only ones who had “opened their eyes” [fungua macho] a little were two of my cousins. They had started businesses in the village….by business I mean, they constructed some tiny sheds adjacent to the road and positioned avocados, sugarcane, salt, tomatoes and omena. How long could they have to wait (doing this business) to buy a car, construct a decent house or own apartments in Ongata Rongai? Furthermore, relatives always took goods on credit from these two business owners and if they dared ask for payment even after 6 months, the relatives could gossip them throughout the entire village saying that “money had changed so and so”. As a norm, as the cock crew each morning, 99% of my relatives either went out to people’s shambas to dig for money or they went in search for local brew.

I, on the other hand, was employed as an Information Technology guru at a famous company around YAYA Centre. I had rented a two-bedroom house just after race course, Ngong Road. I had started building a house for my parents in the village. I had snatched one of my brothers from the village and started a fruits and juice business in Town. I was also supporting a few of my cousins who were still in school.

When I say I couldn’t die, I hope that you now understand!

There was so much at stake. I was holding the family close, trying to raise it up. I felt guilty and sad for letting everyone down. I, above all people, should never have had unprotected relations with that lady.

The next few days became so bitter. Every thought, every image I saw was of HIV. Given the negative descriptions the disease had gotten, I started feeling and looking at myself strangely. For instance, just after a day, I “noticed” that I had become thin! When a pimple appeared on day 3, I saw it as a sign that the disease was now eating me inside out.

I became utterly depressed.  There are days that I wanted to go for a test. I even thought of seeing a doctor secretly before the test to try and help me get the confidence of going to a VCT Centre or anywhere else for check-up.

By the 6th day, after I received the news, I was starting to convince myself on the lines that many have died on road accidents, cancer is worse, I would get an HIV positive wife….at least I was accepting my fate.

Meanwhile, Maureen refused to take my calls or respond to my texts. I only saw her post on Instagram, pictures of her and a huge muscled guy. That was after about two weeks. They had gone for swimming. From the way they dressed and the closeness they revealed in the pictures, I was sure that the guy was also HIV positive already. They must have done it!

So, I started wondering whether this girl was on a revenge mission to infect men with the disease. Did she have a book where she wrote all the men she had infected? If so, I was sure to be on the list! I, who had a family that depended on me was going to be in a list of the soon to die. When such thoughts came to me, I cried.

Because of the struggles I was going through, I distanced myself from friends… even the two who had initially pushed me into the lady. They were the closest I had. To my surprise, none got interested to even ask why I had changed suddenly. They just continued with their lives, happily. They only dumped my WhatsApp with funny videos and photos. This is where I confess that none can tell me that they have a true friend, except Jesus.

After about a month of living like a Zombie, I met my most trusted pastor and confessed to him what I was going through. Well, he listened. He felt the weight of my situation. He analyzed it. He re-checked! One thing was sure, Maureen was a careless girl. She must have engaged in sexual relations with several people and the way she pushed me aside showed clearly that she didn’t care about people. Thus, the pastor advised that it wouldn’t be prudent to rule out the possibility of having contracted the disease. He told me to have a test.

We went to a hospital the next day. I still remember the silence in his car as we drove to the hospital. I just didn’t want to have any kind of conversation. I prayed so much. I wished that the Lord could hear me this once!

I took the test even though I was shaking terribly. The nurse who took me through the test decided to take 99% of the time to calm me down. She saw my worry. She had probably dealt with such cases; people who had unprotected relations with ladies when they knew that their entire families depended on them…. or so, I thought.

The results came out negative. I almost jumped on the nurse with hugs; purely out of joy. I forced the pastor to go with me to another hospital. There, the results were negative too. I went to various hospitals weekly for 2 months and the same results came out.

I swear for the past 2 years; I have never engaged in any sexual activity. I have never even kissed. I will only do these things after having several medical check-ups and a real wedding. My current girlfriend finds me weird!