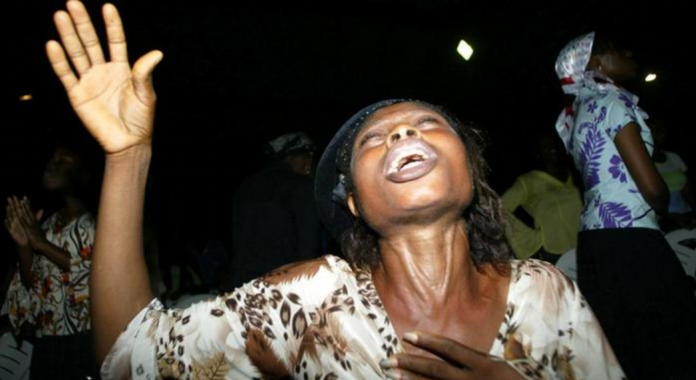 “Hallelujah”! His voice thundered and brought me back to reality. I had been lost in thoughts imagining the kind of lifestyle Apostle Njoroge led! This Apostle didn’t have a regular job like any hardworking Kenyan citizen-who is burdened with taxes left, right and center…. yet, he owned three luxurious vehicles; seen mostly with high-end politicians and business moguls who have invested in and outside the country. Anyone with “PAYE” appearing in his/her financial statement shouldn’t be involved-the Government won’t let them be happy enough to buy anything expensive! Can we now go on please?

The automobiles I’m talking about are; a rare silver Mercedes Benz S-Class car, a huge V8-Toyota Cruiser and a black Range Rover sport which had unique rims that would rotate backwards as one drove. The Range Rover had been newly acquired considering that its number plate was KDA.

Not to mention the palatial home he lived in with his 3 children and huge voluminous wife, Rael, who oozed “Amens” and “preach it” during sermons. The lady had recently been promoted to ‘Bishop’ because Njoroge, her husband, had insisted that the Lord was sending her visions at night. Such a person, the congregation agreed, was not supposed to be a mere worshipper.
There are times when she could take a whole two hours to tell people about the visions she had received….during those hours, several pockets were milked dry.

There is a day she walked around the church and pointed at individuals and shouted an amount….before she started rotating through the room, she mentioned that in the visions of the previous night, she had “been told” that some church members were not blessed because they weren’t giving more in church.

Coincidentally, I was among the people she had pointed at that day!
It was the 4th Sunday of January; a very lucky month for me because my boss had paid me and topped up some Kshs. 5,000 as a gift for being the employee of the month. I will one day tell you how hard it is for an Indian boss to give you even a shilling more on your salary; in life or in death! No offence intended…

Those days, I was working in a fast-growing company along Lunga Lunga road in Industrial area. Business was booming for the Indians. I had also introduced to them 4 serious customers. They dealt with almost all types of plastic materials which was supplied throughout Kenya. They had recently started branding services and had installed me as a general manager in that sector.

Anyway, back to the day I was pointed at by the Bishop….

I had set aside the Kshs. 5,000 for purposes of purchasing a new Mattress for my mother. I planned that after church, I would pass by one of the wholesale shops in town and get it. I had a few connections and could get things cheaply. So, I had the money in the left back pocket. In the right pocket, I had kept a Kshs. 50 note and two coins of Kshs. 10 bob; which I intended to give as tithe. I wasn’t stingy folks. The times were hard.
I had a family to feed and old parents to take care of. Plus, the numerous nieces and nephews who called for “school fee mchango”!

The sermon had continued well that day and I remember it was about a son who took his share of wealth from his father and went overspending it in a far country. Apostle Njoroge told us that he later came back home and was forgiven. The Apostle had insisted that there were only 2 lessons to be picked from that scenario: give more than you receive and always bless people like pastors and men of God when you receive money.

In recent times, I have read the same Bible story several times and not once have I seen how I could apply the two lessons Apostle Njoroge insisted on.

After the sermon, we had a grand celebration where we were asked to give. Each person, was called to the front…. row by row! I stood confidently and pulled out the two Kshs. 10 bob coins and gave them out. I ensured that my hand went completely into the basket before releasing the two coins on some notes, acrobatically; for them not to produce any sound.

I didn’t notice that I spent almost 3 seconds more than other people. It is the eyes of the ushers that informed me. I walked away shyly.

We hadn’t sat for long, when Bishop Rael stood up with her visions and walked around the church and finally came to me. I almost ran away!
Looking back, I have painfully discovered that she only picked me on the day I wore a suit! And most of the people she picked on were in expensive jackets or richly adorned blazers.

I didn’t want to say that “NO” aloud. It just came out unexpectedly. She was a little shocked too…she almost smiled but, assumed a strict facial expression. “Eeeeehe” came out of her.

I had worked so hard till month-end to make my honest living; waking up at 4:00am and sleeping at 9pm or 10 pm. I hoped God “understood” when I gave out an occasional Kshs. 100 or Kshs. 50 or Kshs. 10. I consoled myself that it wasn’t about the amount but about the willingness to give.
In my hesitation and thoughts, I didn’t remember to check whether the Bishop had left …

Apparently, she hadn’t moved. She decided to camp there and “push” the gospel down strongly on me.
I heard her say ” get out devil. Leave this young man!”
As she spoke, her Bible came pounding heavily on my head.

I suddenly got angry and stood up to defend myself. That’s when the ushers rushed in and held me.
By now, I was literally fighting to get away from their grasp.
I swear someone punched me on my back twice…I know most of you won’t believe it but I know how a punch feels like especially when it is from a fist of a strangely strong man. The men who held me looked like “bouncers” from clubs. I still don’t know how they got to church and ascended to the roles of ushers.

I don’t know how we managed to cool off. And Bishop Rael said, ” it has been hard dealing with the devil!” To avoid another fiasco, I dipped my hand into the pocket and pulled a single Kshs. 1,000 note ( I didn’t remember the Kshs. 50 bob) and gave it out. Just to make them go away. For those who have counted money in their pockets, you will know that there is a slight hesitation especially when you are trying to separate them…. It also took me a couple of seconds. Within those seconds, I guess I might have given out some clue that I had much more. Bishop Rael started preaching to me again and beating me with the Bible. The Bible was about 5 kilos!

As any normal human being would do, I tried to resist. The men tackled me to the floor in the name of taming me to allow the Bishop fight the devil. When all was done and I finally sat down, I knew that I needed to see a doctor urgently.

Coincidentally, I didn’t remember to check the rest of the money until I got out of the church and an innocent member mentioned that my trouser pockets were hanging out loosely.
I panicked and went into the pockets and found nothing. I checked all my pockets. I was missing my Kshs. 4,000. I burst into the church and checked the seat I had occupied. Nothing!
I asked deacons and ushers in a worried manner. Then, voila! I remembered how I must have lost the money….

Clearly the Bishop’s boys must have taken it! I smiled knowingly and walked out shaking my head. For sure, I had been outwitted. The Bishop and her boys had conned me super well.
My goodness, how could I not see that I was dealing with criminals!

When I first met Apostle Njoroge, I was a young enthusiastic graduate from Masinde Muliro. I had just come to Nairobi to look for work because an uncle had assured us that he had enough connections to enable me get a job within a week. He lied. He was to pick me from the Bus station upon arrival. He had requested to get Kshs. 10,000 from my parents to help smoothen his way to an HR’s office. We sold three goats and gave him the money just a few days before I travelled. We were in close contact even as I boarded the Long Eldoret Express bus. Immediately, I informed him that I was in a place called Mahi Mahiu, his phone went off.


I might have called 1,000 times because of panic. It is a close school mate who came to my rescue. He picked me up from town where we took a matatu written number 8 and sank into a place I later discovered was called Kibera.
As a serious and well-mannered man, I woke up early the next day and joined him to Industrial area to look for “unga”. He was a garbage collector and so we rotated through various places to collect garbage. That’s how I made connections to the Indian business.

As for that liar and con artist called “my uncle”, he switched on his phone 3 days later and claimed that it had “lost network”. When we asked about the money, he played tricks on us for 4 weeks until my “harsh mother” matched to our village chief and reported him. His cow was sold and we recovered the money.

Sorry, where was I?

It was during a Sunday service at Kawangware. He had come for what he called ” anointing ministry”. He pleased me by the heavy convincing vocals he had….emphasis on convincing vocals!
He commanded us to love and learn to follow Jesus. For about 40 minutes, my eyes were fixed on him. I decided to follow him and the “gospel” he preached.

Till when the saga happened, whereby I lost more than Kshs. 5,000, I had invested a lot in his “preaching business”. I had planted “mbegus” left right and center with the hope that I could move up the ladder quickly and be a distinguished millionaire. Nothing was forthcoming. I lost hope and decided to just listen to his preaching. They were usually funny. I rarely gave more than Kshs. 100. I kept questioning how the congregation continued to languish in poverty and insist on giving to the “The Apostle and The Bishop”!

When they took my hard-earned money, I walked away knowing that I had to do something about it. I came back that same night…